Nearly a year gone by

The majority of days pass without thinking about this blog now.  Months, even.  There was a time when it was a consuming interest.  It crossed my mind the other day to check if my creation, now whithering, was of any lasting relevance to the internet.  Well, google still likes to send a smattering of visitors here each day.  Enough for me to say hi.  Here's a photo from each of the seasons that have passed since my last post.

See you next year, probably... 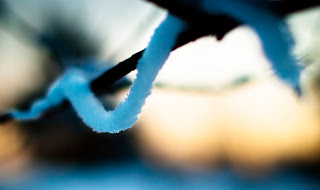 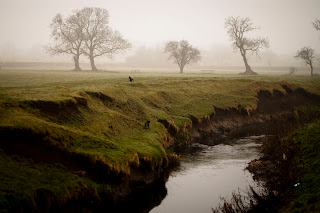 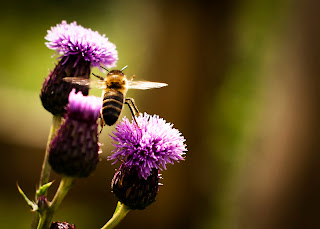 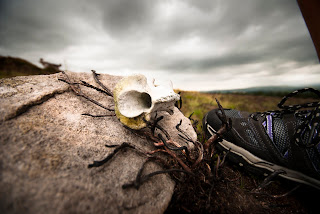 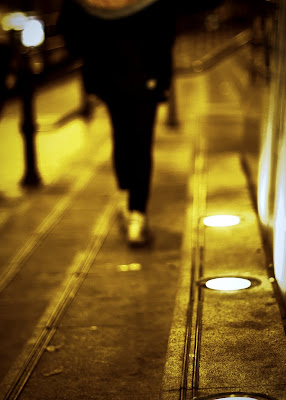 As my last post was in the summer, I thought I should at least share one more before it's winter... 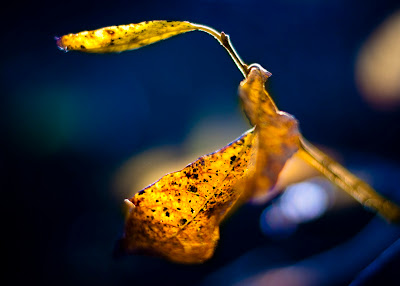 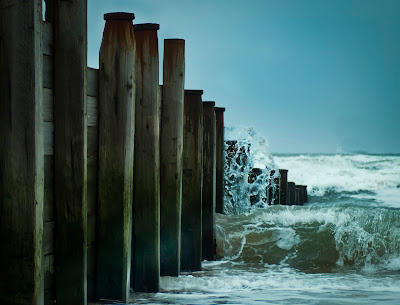 Last of the summer 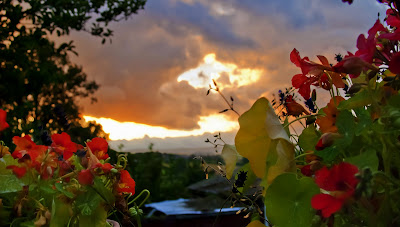 Today as the kids return to school for another academic year, it's a cold, wet autumnal morning. Where has my summer gone?
Posted by jamon at 08:55 14 comments 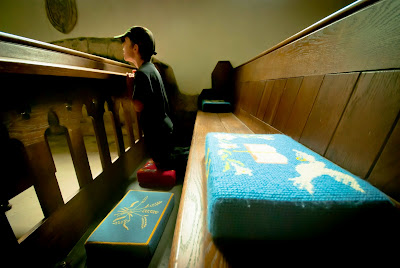 He also still believes in the Tooth Fairy and Santa mind you. Though he's beginning to have his doubts...
Posted by jamon at 12:24 31 comments 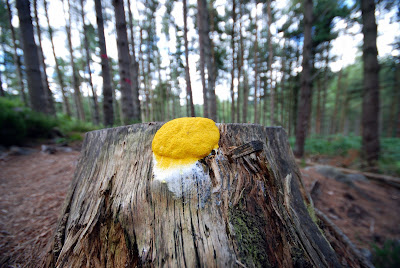 The Dog Vomit slime mould is quite an amazing creature - more animal than vegetable, more amoebic than fungal. I came across this beauty whilst tramping through a Northumberland forest the other day and have been reading up about slime moulds since.  Fascinating.  I can thoroughly recommend it.
Posted by jamon at 12:42 92 comments 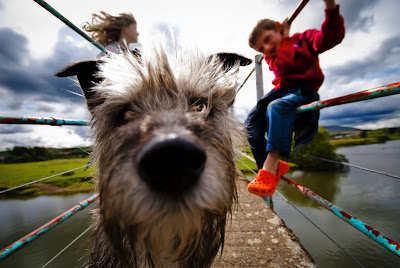 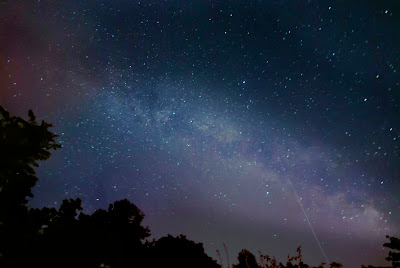 I've spent this week recovering from that vague, creeping solipsism that many of a certain age and seniority will experience from time to time - when work becomes sufficiently divorced from the meat and grind of production and one wonders if any of this is real or for what purpose those performance figures really serve, only a good holiday, or retirement will do.

So this week during the day, I have climbed hills, rolled in grass, watched ants, played chess, draughts and scrabble, made Lego and pretend families with baby dolls. In the evening we've made dinner amongst other things, got drunk, smoked, read and slept.

Monday was particularly memorable. Meg and I were watching crows circle the cottage during that short period after the sun has slipped under the horizon but still roasts it a deep orange. We hadn't spoken in a while, enjoying the sound of the birds, when the brightest meteor I have ever seen, shot over our heads from the north. It seemed so close (or large enough), that we could see the thing tumble and spin as it burned up in spectacular whites, blues and reds. For such a magnificent spectacle, oddly it made no sound. Meg was rapturous. She gasped, held her hands to her mouth before running inside screaming "MUMMY, MUMMY, we saw a shooting star!".

How privileged I felt for being able to share that moment with my daughter.

After she and Dom were put to bed, Miche & I lay down on the grass to watch the Milky Way emerge from behind the near stars and waited for the next Pleiades meteor. None came. The peak, apparently, would be Thursday when predictably, the sky would be full of rain cloud. Miche bored of her wait after a long while and left me with my camera to see what I could catch.

This photo above is the fruits of my labour. One of many 30 second exposures that night, but the only one that caught a meteor (in the bottom right corner).

A snail, some fish and boatmen below 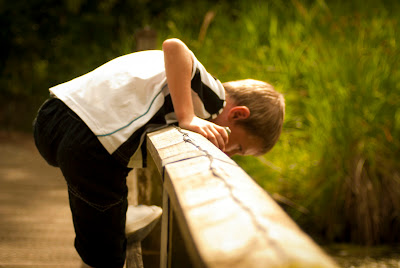 It was rather lovely. 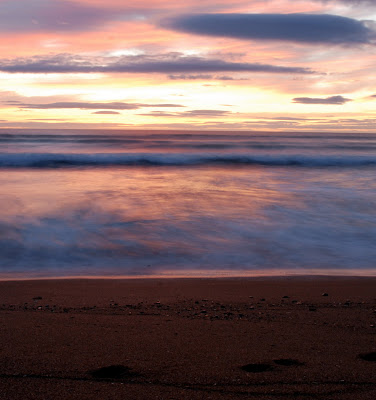 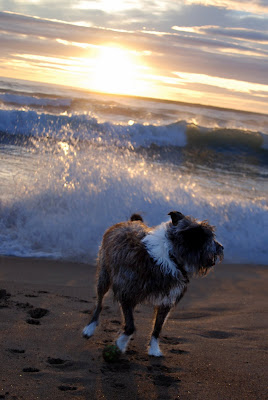 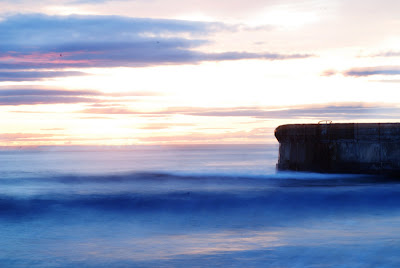 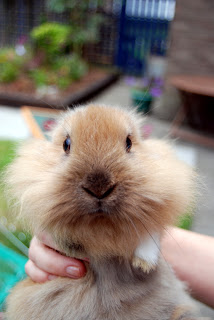 A new resident of one of our units who is proving rather popular.  For obvious reasons.
Posted by jamon at 21:32 13 comments

Today I have purchased my first DSLR camera. Some of you will appreciate the magnitude of this moment. Some of you may not. For those of you immune to this particular flavour of geek joy, please look away now.

This, you might have gathered, is some great wondrousness for me; A culmination of good saving and much hard graft.

Bear with me as I learn how to use the damned thing before I share my attempts at pretty pictures.
Posted by jamon at 23:13 8 comments 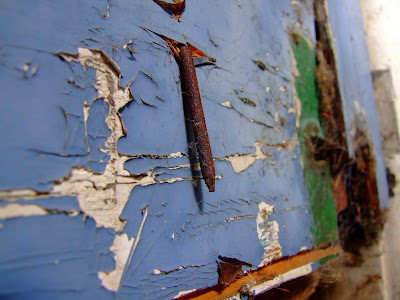 I hope you like the new template. Thought I'd furnish it with a pretty photo.
Posted by jamon at 13:29 8 comments 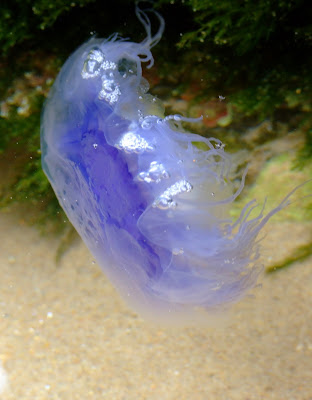 It's quiet. So quiet in fact, that I can hear mains hum from a techno gizmo at the far end of the room. It's not an entirely unpleasant experience, given my frantic lifestyle of late, however it's completely alien. The kids are in bed, knackered after a weekend in the outdoors. My wife has followed their example.
So I'm here, for once, wondering how to fill my time, and thought I should blog. I hope that there's still one or two of you with my feed in your reader. If so, hello!
Please enjoy this jellyfish that we found in a rock pool at Bamburgh yesterday. I think it's a man-o-war (circa 3 inches diameter)? Apparently they're common in the south of England and are finding their way up north. Please correct me if I've got my species wrong.
Here's a video of it swimming complete with kid commentaryr; 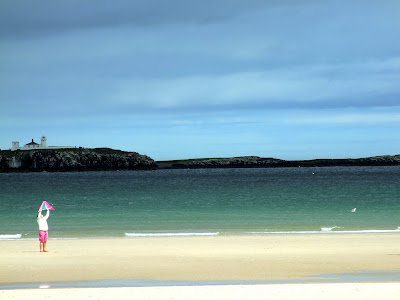 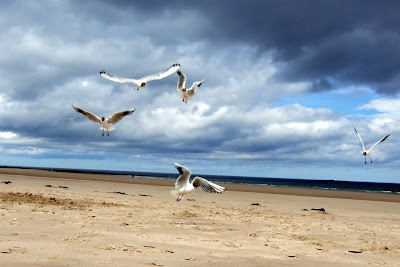 And these are Black Headed Gulls, yes? Greedy bastards either way. Nicked me sausage roll they did..
Posted by jamon at 20:20 12 comments

All the best to each and every one of you. You atheists, Christians, agnostics, Muslims, Jews, Hindus and all the other myriad tones of humanity. I wish you all well.

Miche & I enjoy Christmas in the same way we do other annual events like Halloween, Guy Fawkes, birthdays and wedding anniversaries - they're each a reason to celebrate connection and being together.

So, let me raise a glass to you, my blog friends, to wish you a Happy Christmas.
Posted by jamon at 19:44 14 comments

A meaning of life

A dog, whilst out and about, spends much of its time searching for evidence of other dogs. Once found and duly investigated, it douses said marker in joyful celebration that “I AM HERE!” So it goes, for the remainder of its jaunt. In ever decreasing volumes, the dog declares its place in the world. Until at the last post, where it finds itself spent. In a last ditch and twitch attempt, it leaves all that it can. In this drop it whispers, “I was here.”